Believe in yourself & create opportunities

Kids need to believe in themselves and we need to create opportunities for them to realize their dreams.

A 7000 km north south ride that I planned and trained for 2 years ended on day 3, Monday June 22 when I tumbled off my bike breaking my shoulder and hip. Being a cautious rider, I’ve been fortunate to never have a serious mishap in some 50 years on the bike. I love to ride! 5 days in the hospital was not high on my list for a trip across our beautiful country.

Kids need to believe they can do anything and we need to provide them with the opportunity to succeed. Hopefully I’m an inspiration on the belief side. In July 1978, I was newly married, had a wonderful family and had just completed my 1st year of law at U of A. Life was good. 4 months later, my dad (a provincial judge), died in a plane crash, my sister in a car crash a year later. I took to running to ease the pain and proudly graduated from law school in 1980.

I also became a decent runner with a 2:49 marathon in 1981 and had dreams of becoming a really good runner. That came to an end a year later when I got hit by a drunk driver. I suffered a dislocated hip, a fractured knee cap and what the surgeon described as the worst facial smash he had ever seen. I still felt blessed to be alive. Though I would never run like I used to, I was determined to get back in shape. So I decided to train for an Ironman (4km swim, 180 km bike, 42 km run) but first I had to learn how to swim. Painful baby steps at first, But I proudly completed the Penticton Ironman 4 years later and finished in the top 25%. The first thing I did following the race was to write a thank you letter to the surgeon who patched me up

Yes, this latest accident is a setback but I am going to turn this into a positive. I’m determined to get out the message on the importance of physical activity for our Aboriginal youth, raise funds for GEN7 and YMCA (2 amazing organizations that share my inclusive philosophy of helping youth) and develop sustainable local sports programs.
If we all come together, we can do it.

Thought that title would catch your attention.

After 65 kms on Monday of easy cycling. I clipped my nephew’s wheel at a slow pace but went down like a ton of bricks. The right hip is fractured and the right shoulder blade is broken. Over the last 50 years, these wheel touches happen, but it’s the first time I’ve been hurt. The left side is great though I’d prefer a Rider’s high to the morphine I’m taking.

After a couple days of transport (loaded into the van and drove back to Eagle Plains, medivac to Dawson, then Whitehorse, then Vancouver), I’m nicely settled in. Check out the view from my hospital room. Surgery is planned for Thursday.

I’m in a lot of pain and my riding may be over for this trip but I intend to be at all the ceremonies along the route. My friend Brian will be picking up the riding torch (there may be more!)

We’re already setting up bike & ski programs across the country  and so much more can be done. Whether it’s a small or large amount, every donation makes a difference! 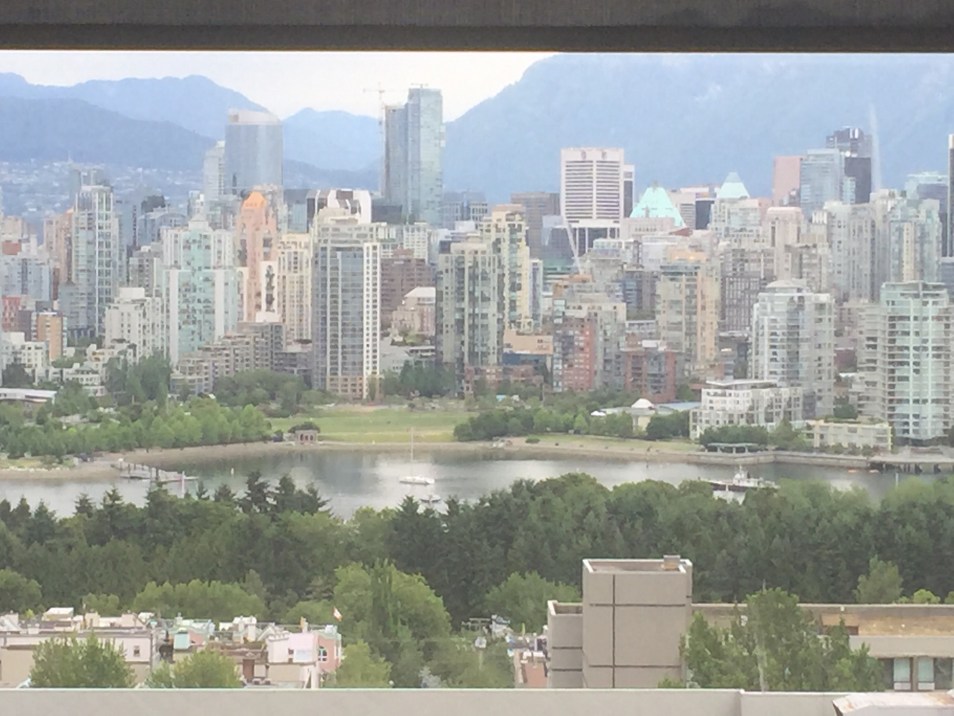 185 km of major climbs, rain, hail but fantastic scenery. Definitely the toughest ride I’ve ever done. Over 11 hours of riding, checked in at 11pm, slept like a log. 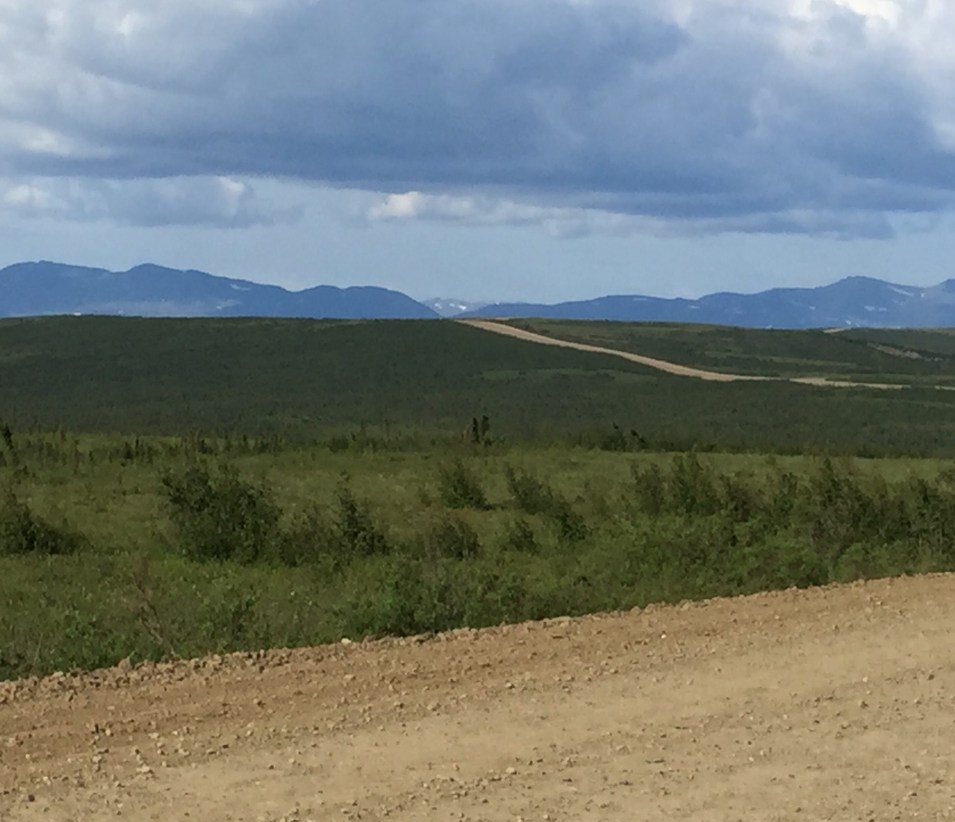 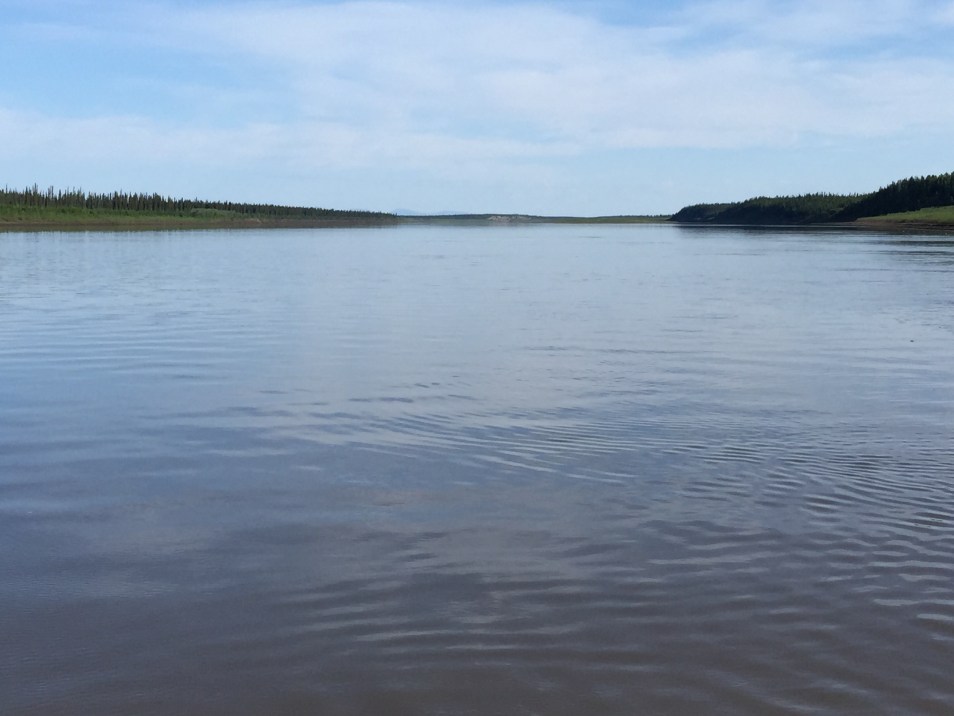 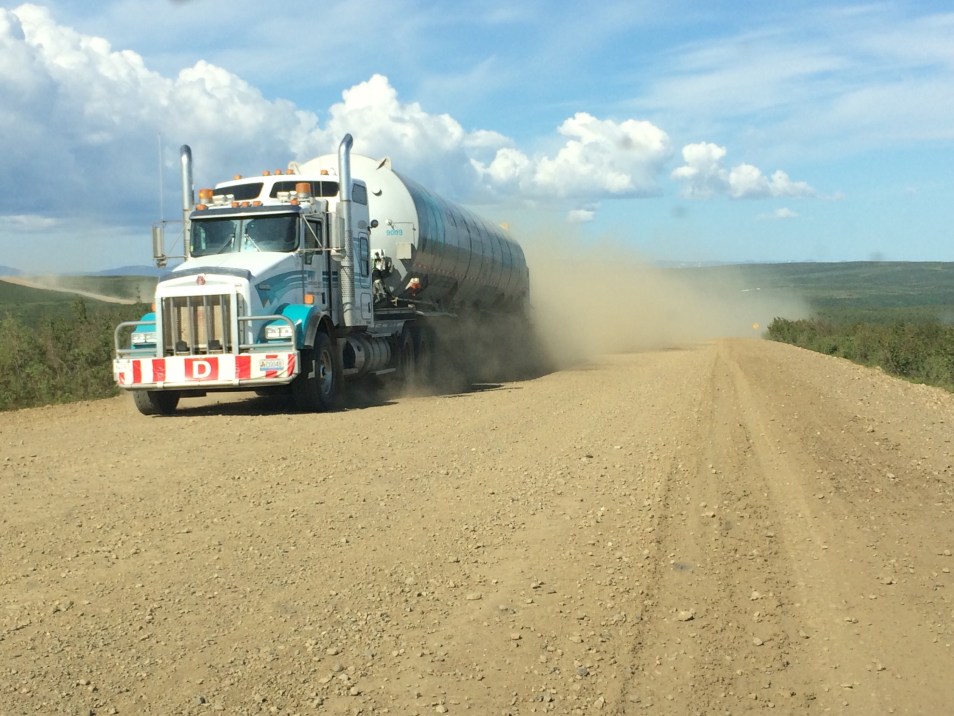 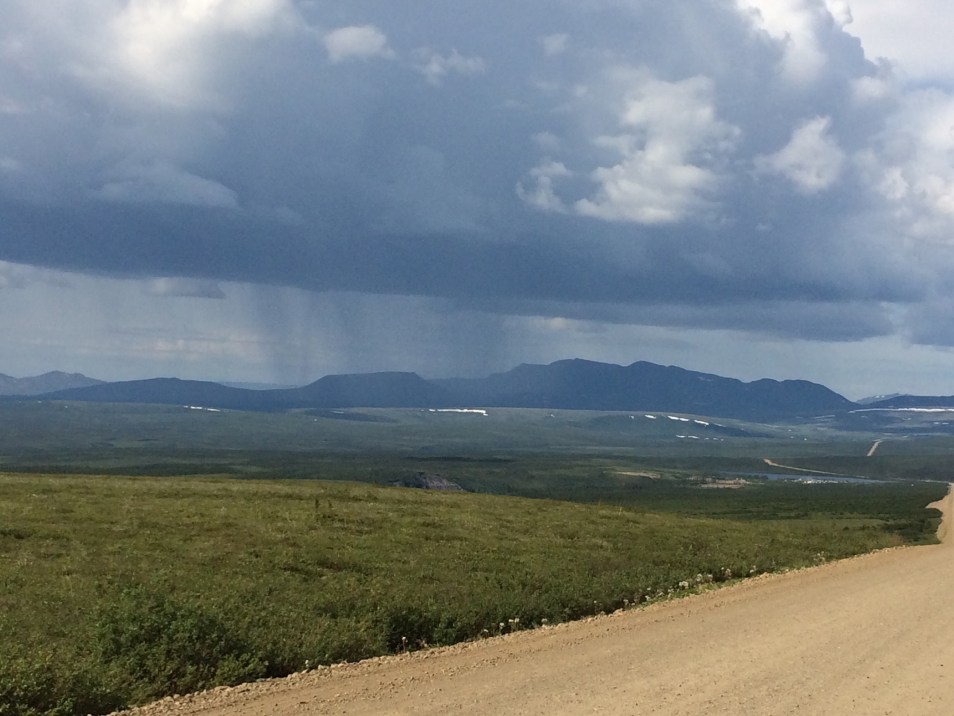 Now that was a day! Following the CBC interview in Inuvik, we pedalled 187 km on gravel roads (dust, horse flies & mud thrown in) but made it to Fort McPherson Saturday  night.

The school principal, Shirley Snowshoe, was so gracious. We stayed at the school and had full use of the kitchen. I then got to talk on the local radio about the ski and bike program we’re bringing to Fort McPherson.

At the school, all 7 students graduated! We attended the ceremony on the Friday. 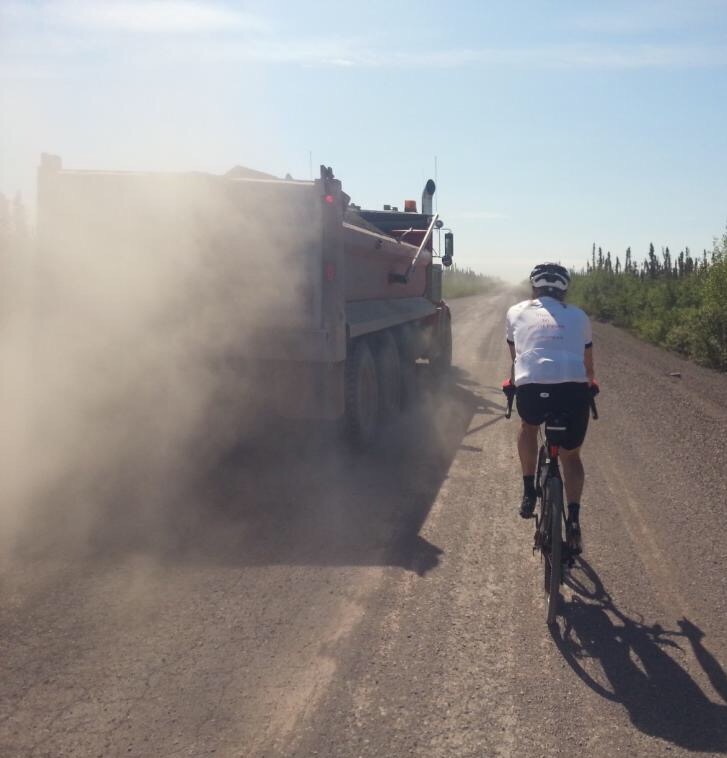 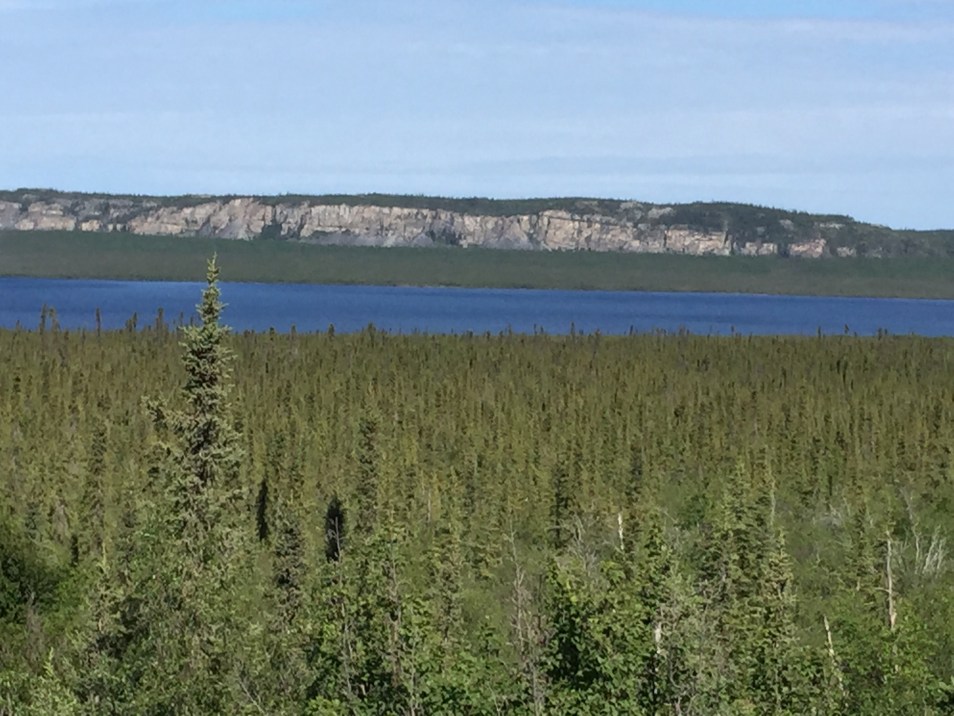 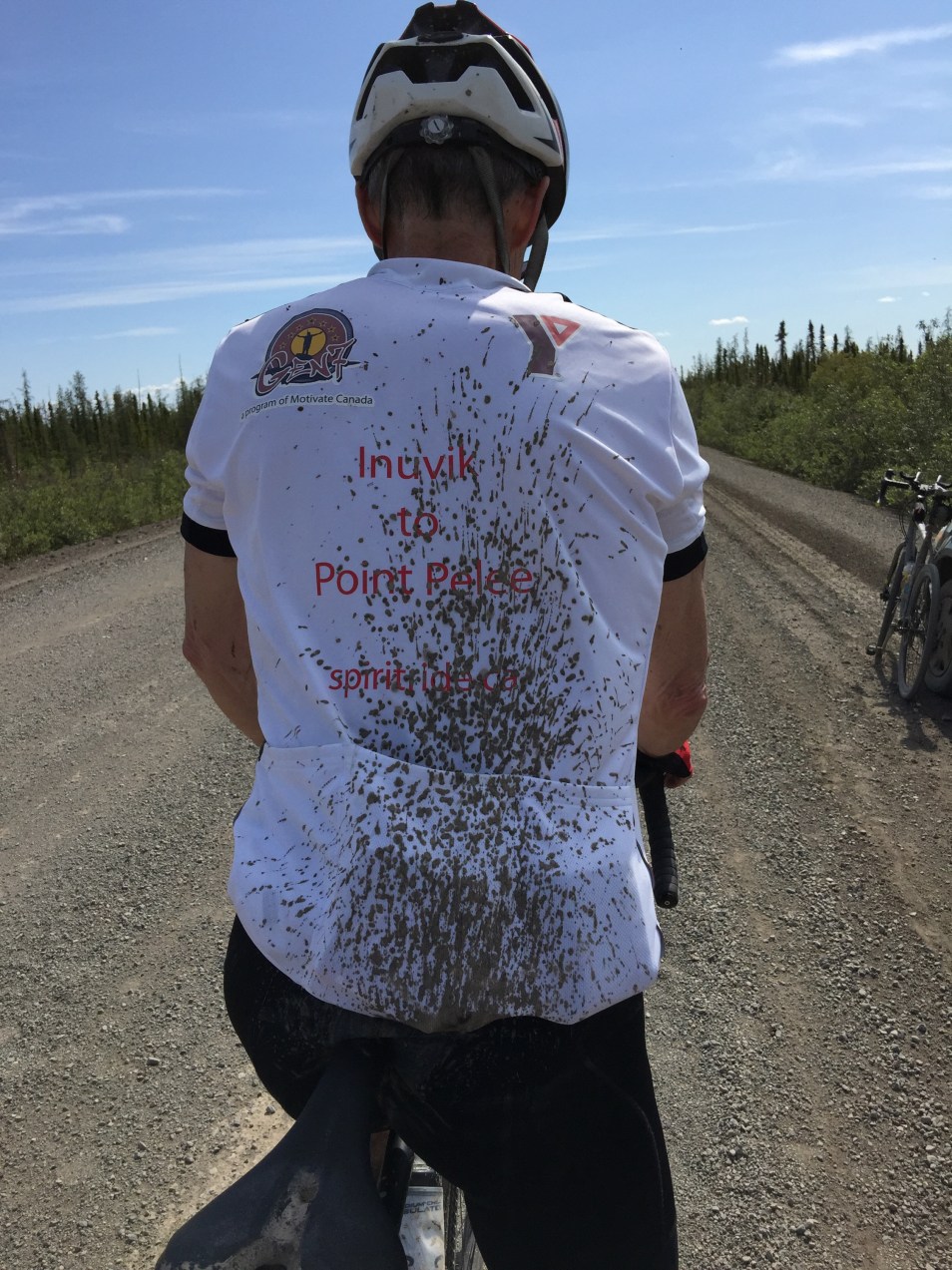 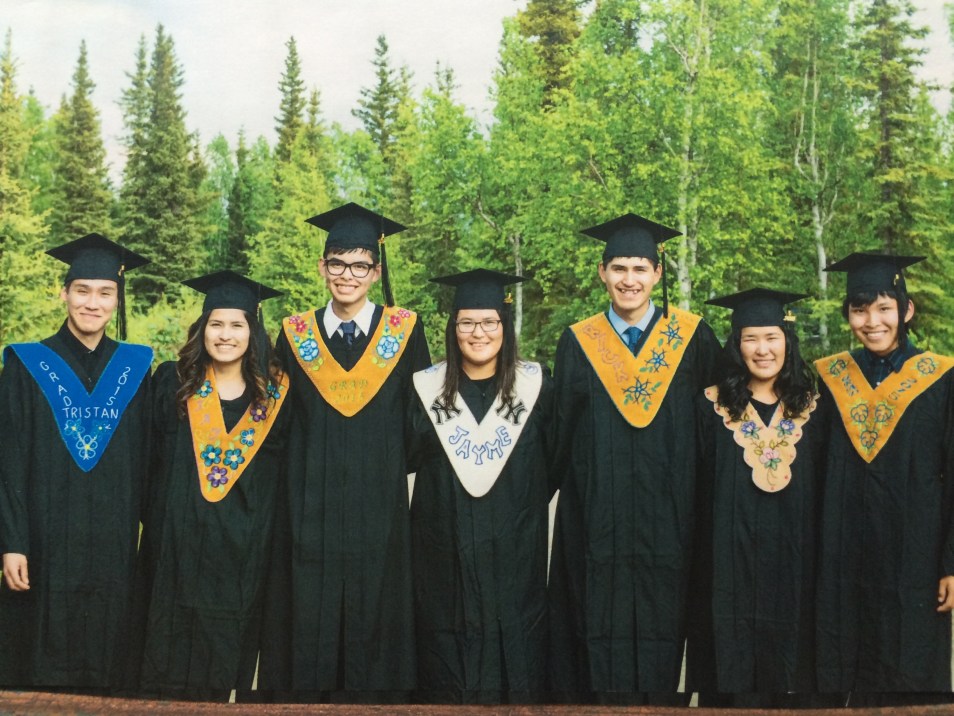 With a CBC morning interview and good weather, we decided to push off a little early. Next report tonight from Fort McPherson. My nephew, Rob MacInnis, is joining me for the entire ride. Isn’t that awesome!

Bring on the Dempster! 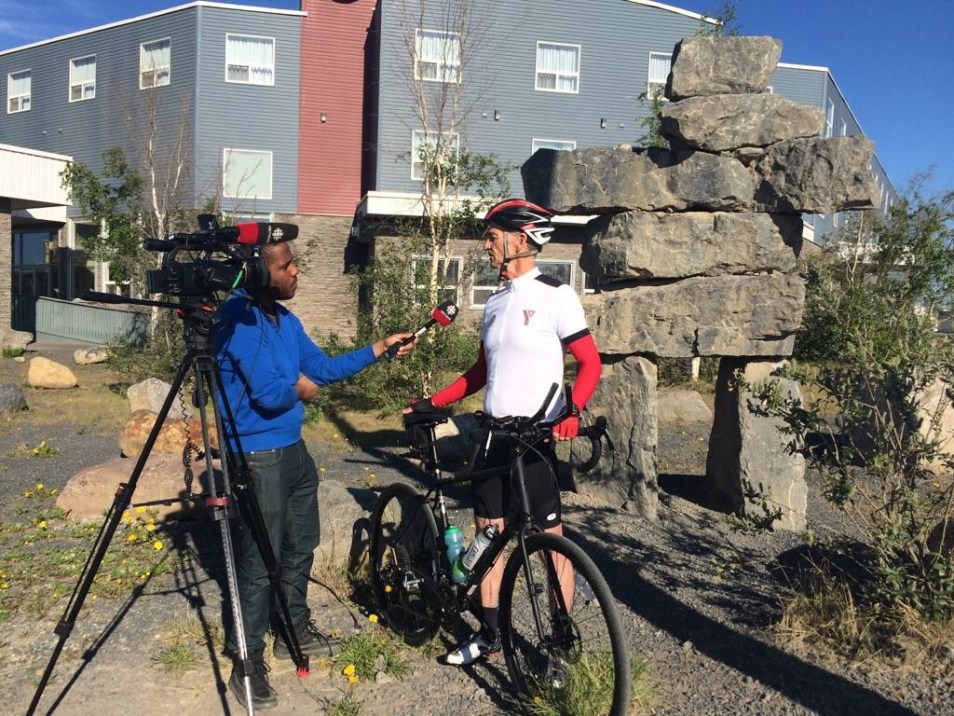 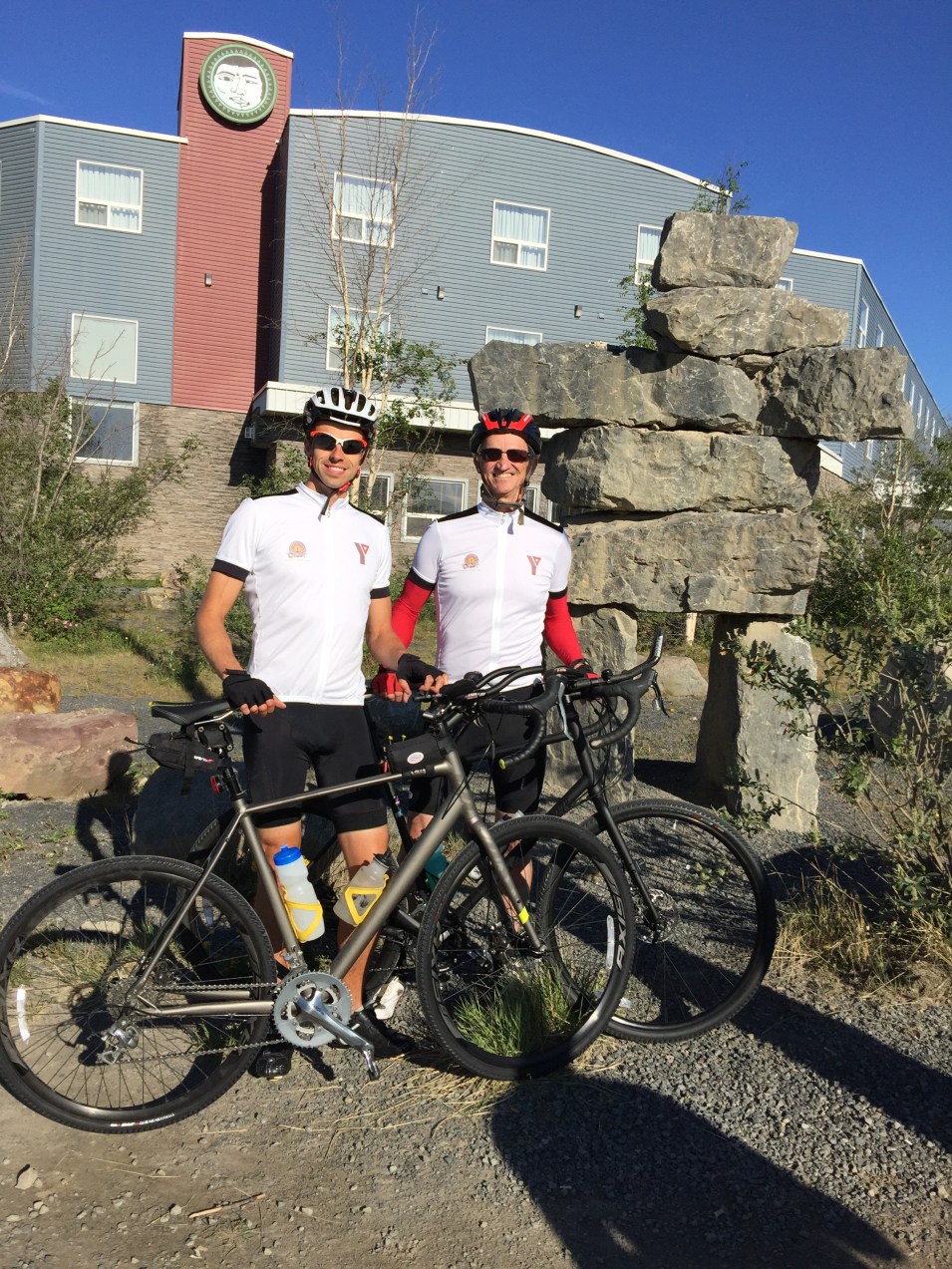 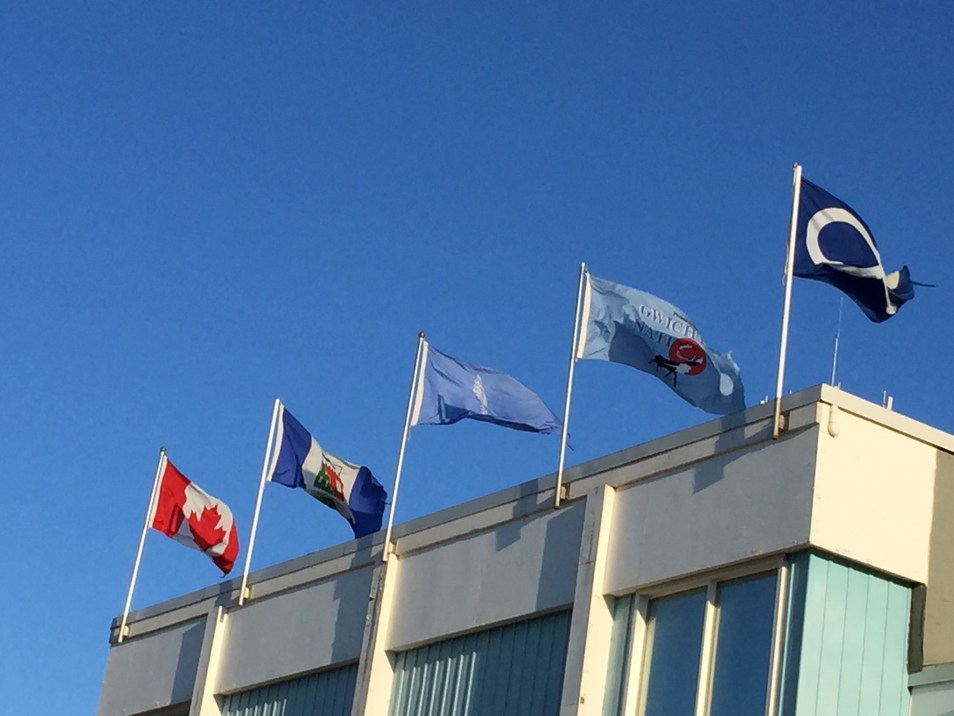 Driving the Dempster to Inuvik

What spectacular scenery! It’s a 740 km gravel road through valleys, major climbs, wildlife and river ferry crossings. What’s not to like! We also caught the wonderful graduation ceremony at Chief Julius School in Fort McPherson.

Tomorrow, a CBC interview and then we’re hopping on the bikes. 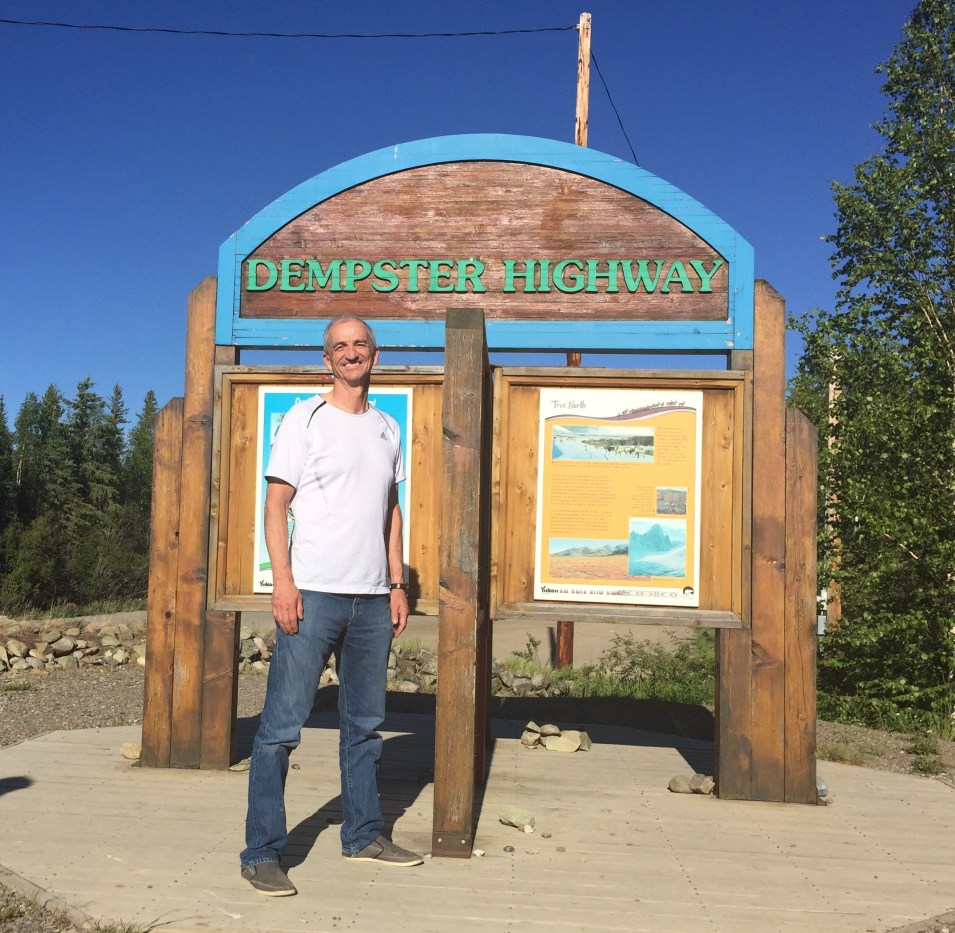 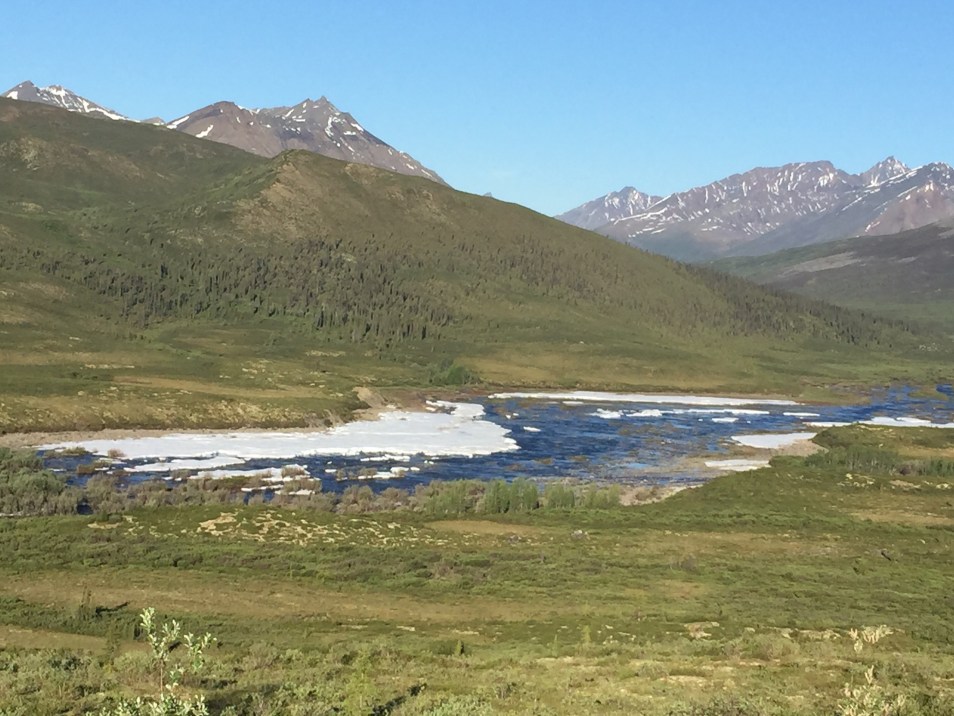 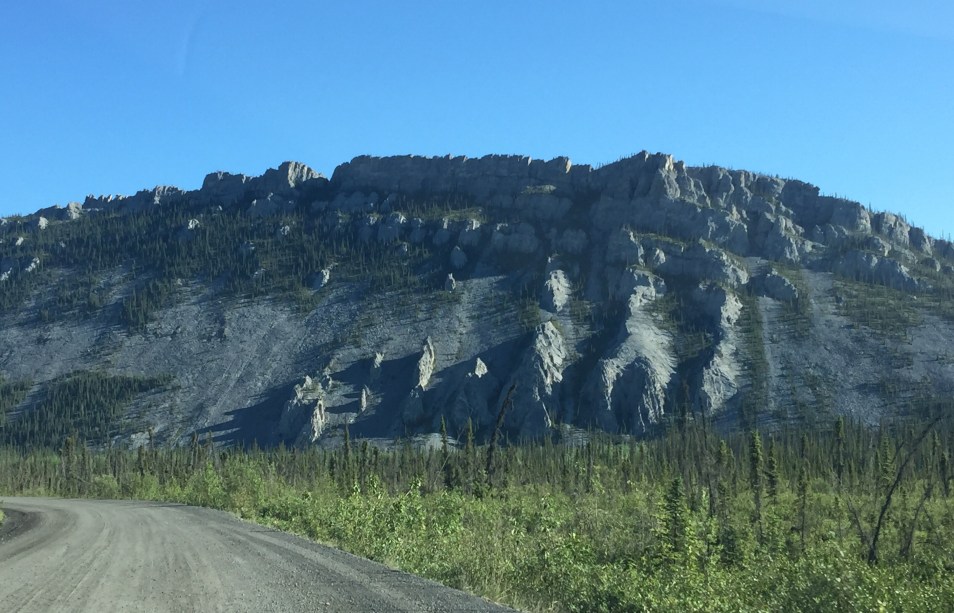 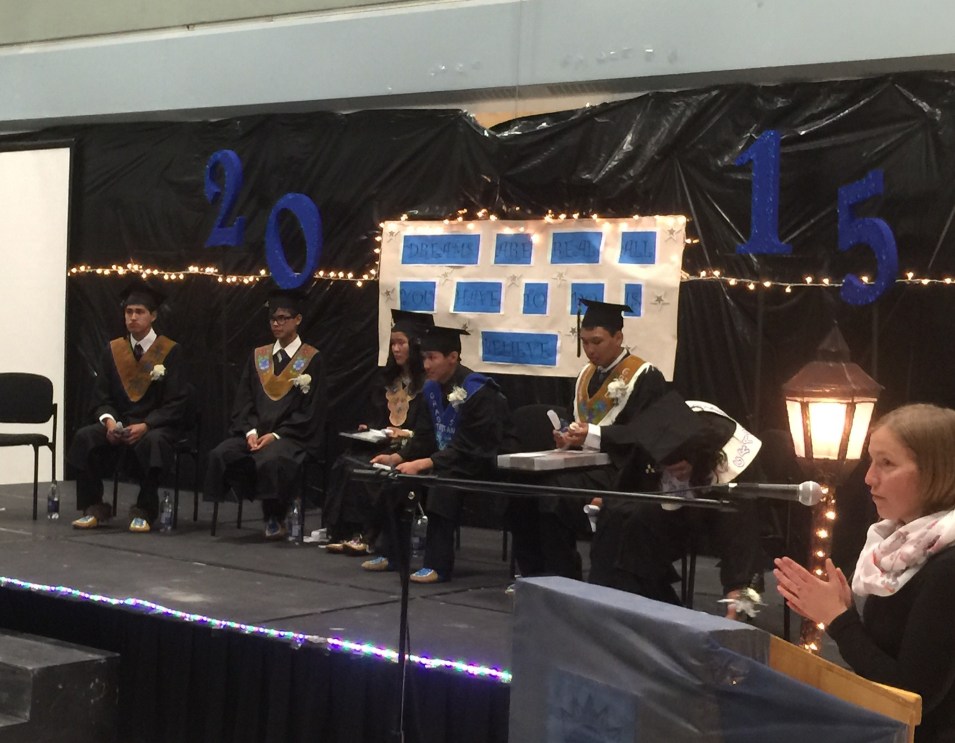 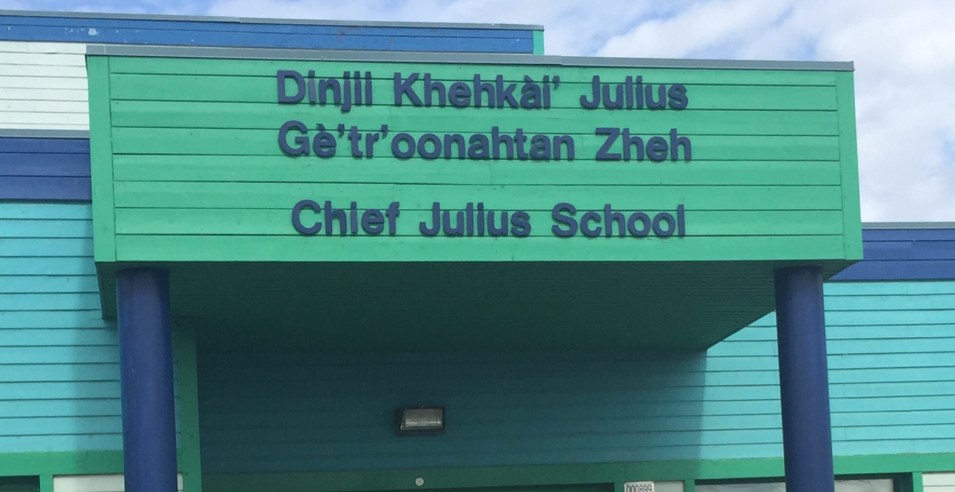 Monday night in Edmonton: Always a pleasure and honour chatting with Elder Terry Lusty.  A terrific writer and human being who has always stayed positive and active. In his 70s, he rode his bike to meet me! 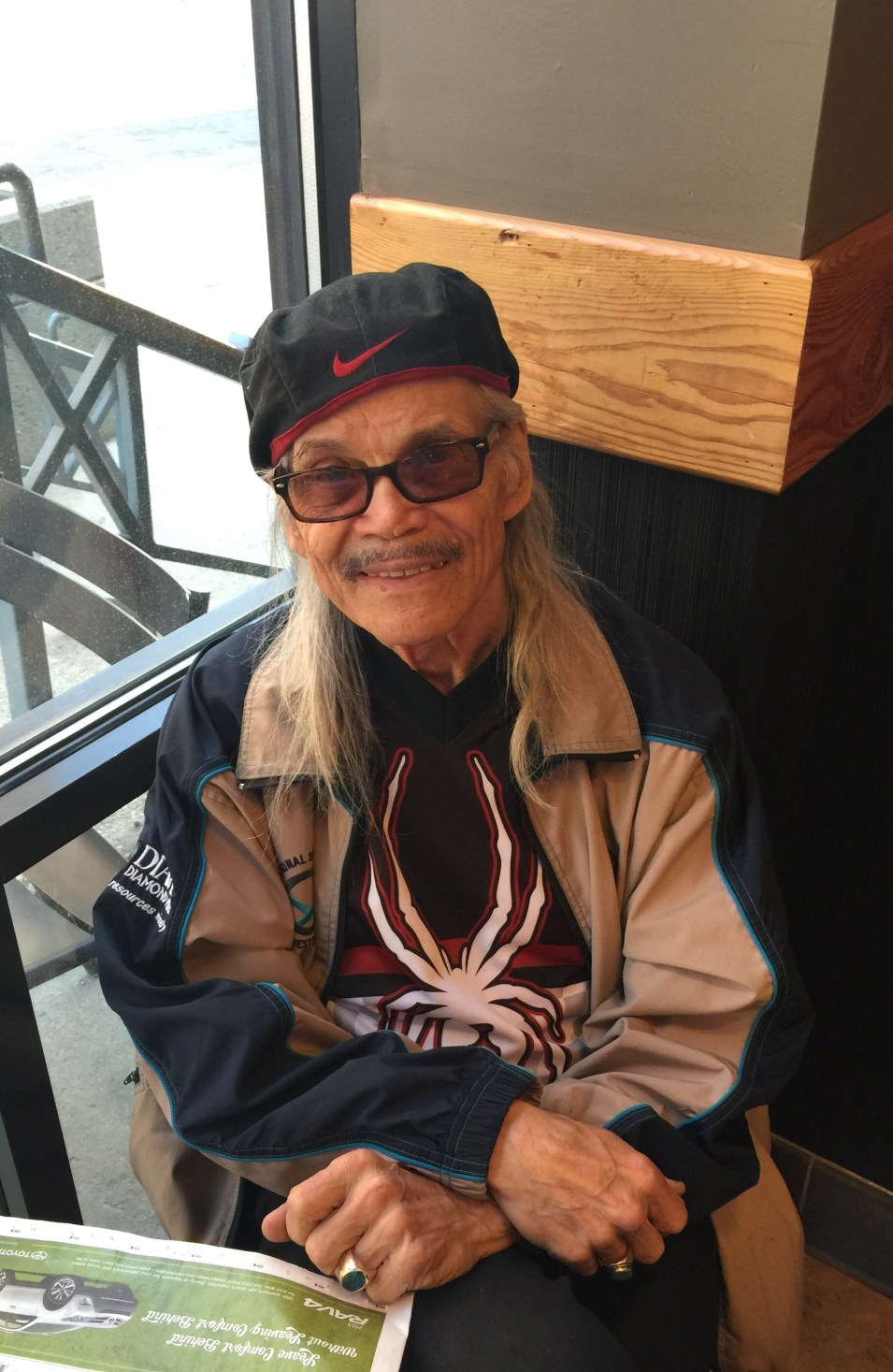 I thought 7000 km was a big deal. West of Grande Prairie, I met Chris Graham who is cycling 16000 MILES all around North America over the next year in support of Dementia research. 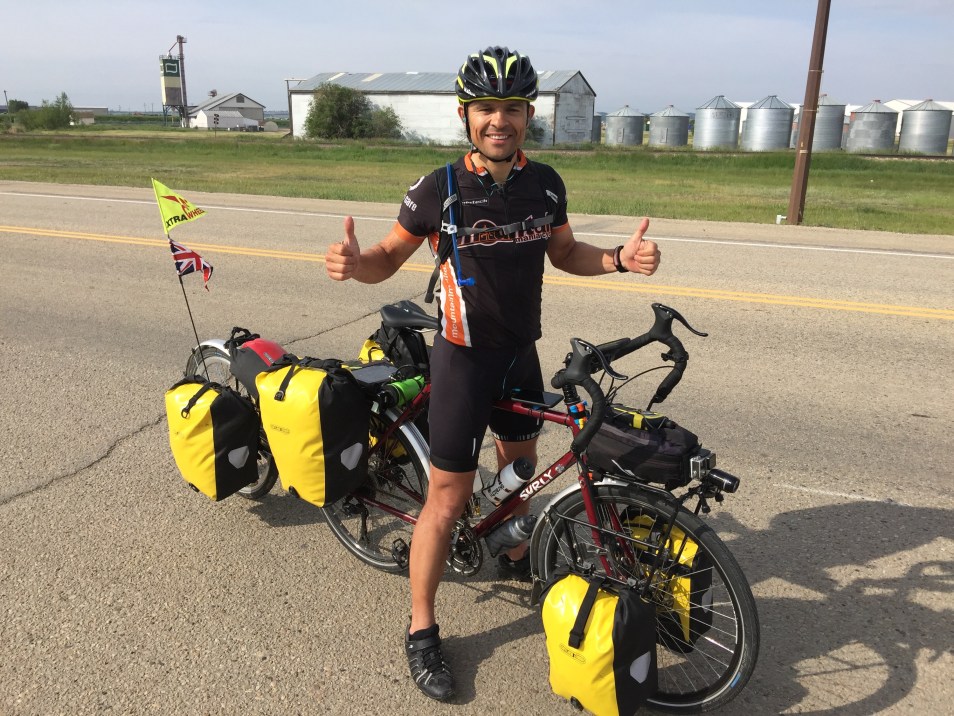 Not your typical rush hour sign in Toronto. Hope they’re friendly to cyclists next week. 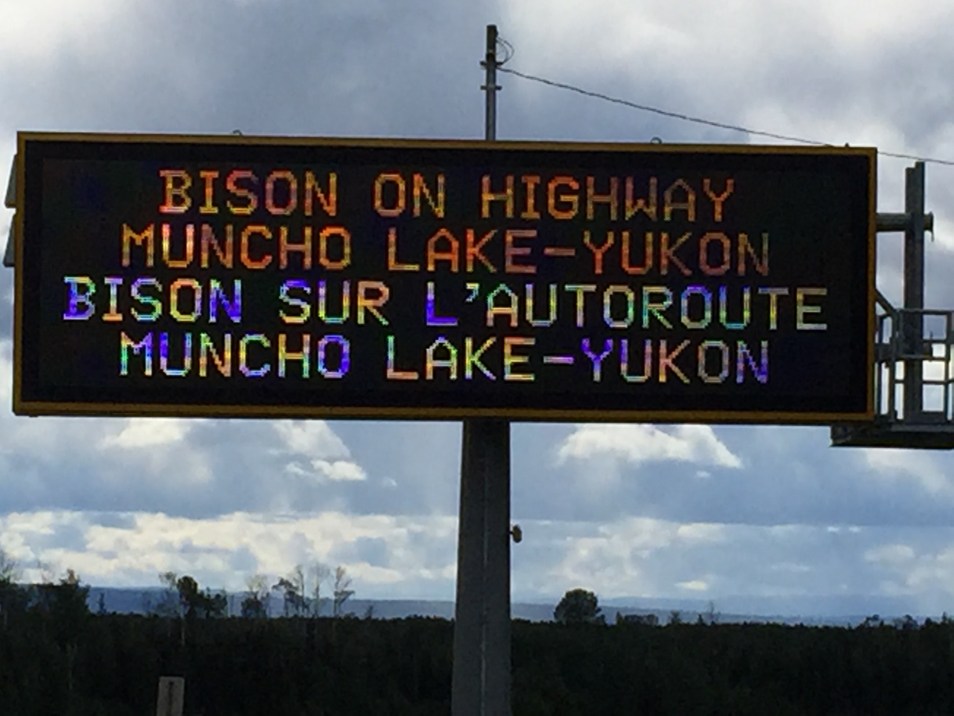 Thanks to Jamie Platz Y for inviting me to their spin class today. It was part of a send-off for the Ride as I’ll be driving the support vehicle Tomorrow morning to Inuvik loaded with bikes, bug & bear spray, food and a change of clothes. Look forward to being back at the Jamie Platz Y (on my outdoor bike) on July 3. 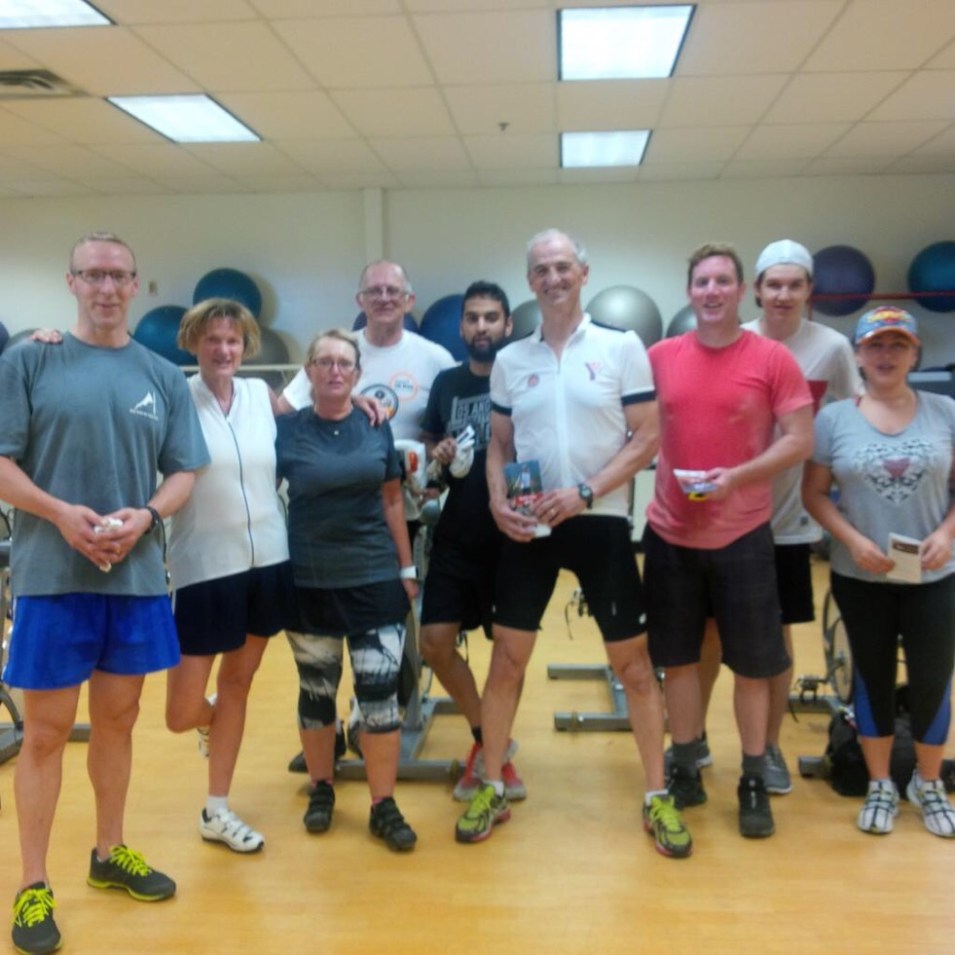 Jerseys are guaranteed to be fast!

Just picked up these awesome jerseys. Thanks to Team FX in Toronto for the great work!

Bikes are tuned up so I guess the only thing left for me is to pedal. 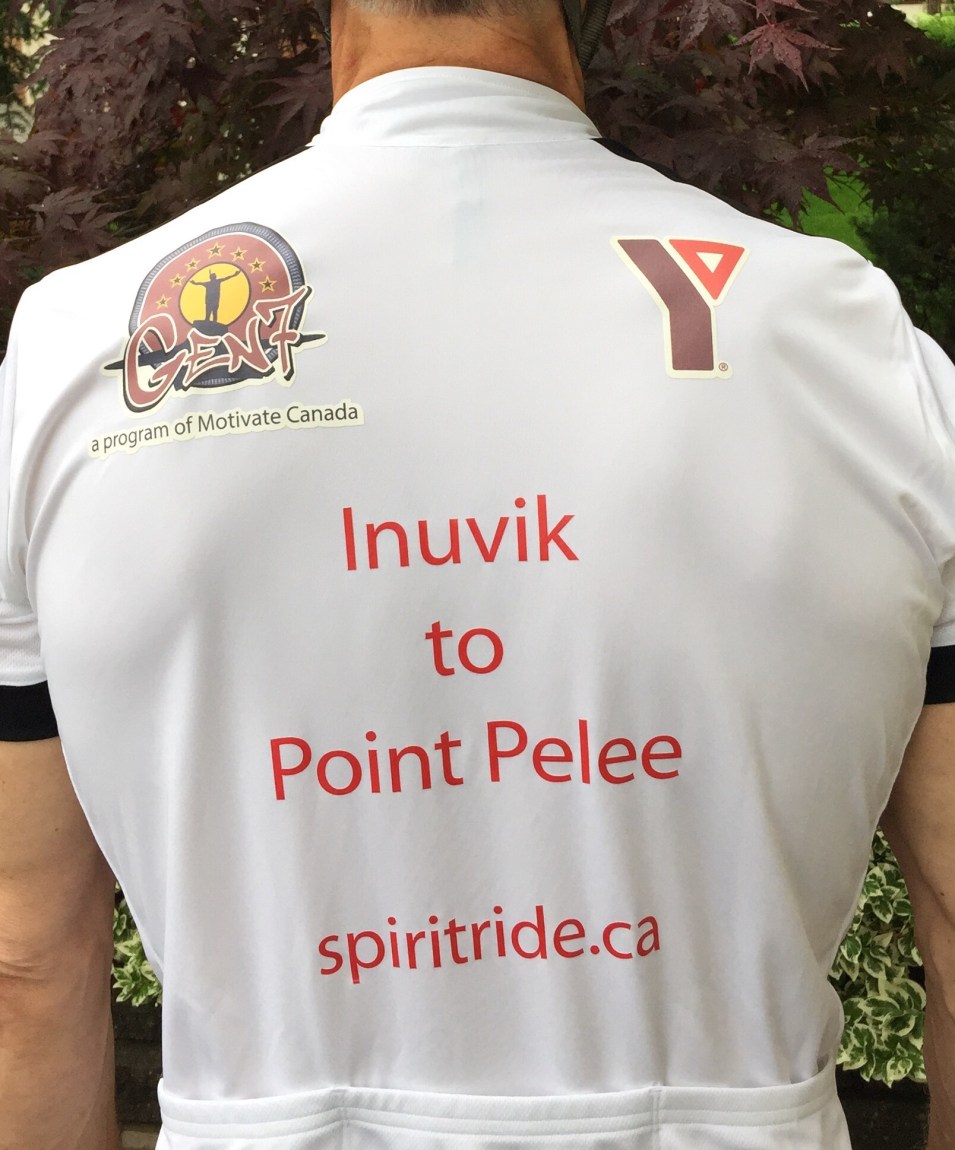 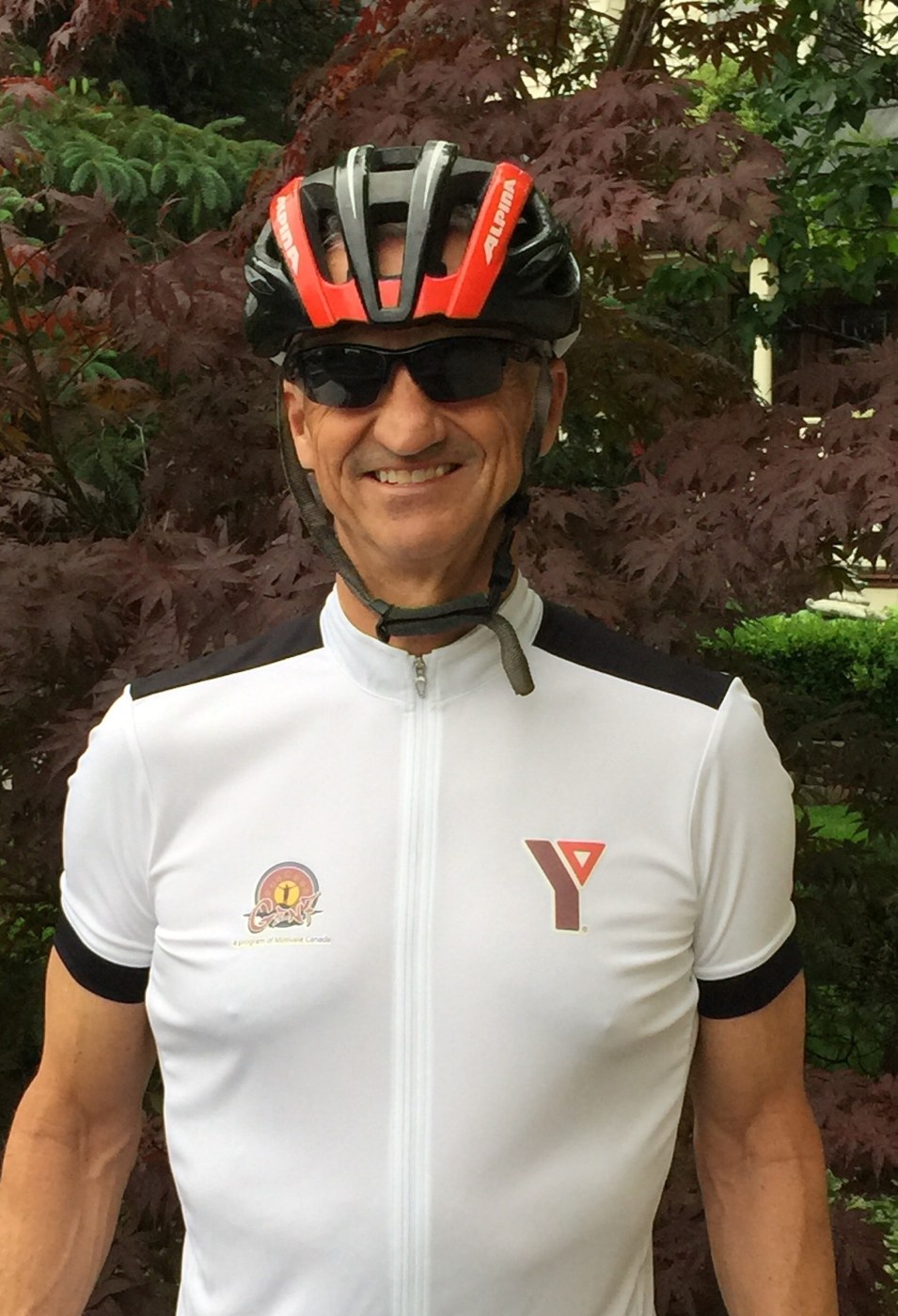 8th Annual Tri at the Y

With the support of the amazing staff and volunteers at the Mississauga YMCA, I started up a youth triathlon program in 2008. Many of the kids had never ridden a bike or knew how to swim. Each week during the program, you’d see them become stronger and more confident.

Today was the 8th annual Tri at the Y! Check out the smiles on the faces of the kids. Everyone got a medal and a t-shirt. You’ll see those t-shirts around the Y for months.

This is what the Y is all about: inclusive, having fun and providing opportunities for ALL kids to be healthy & active. 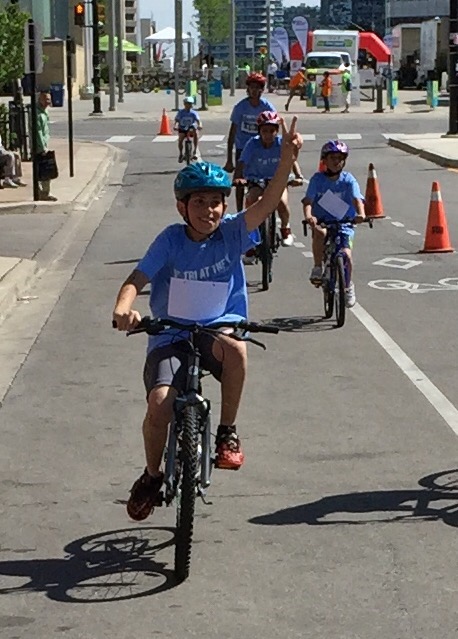 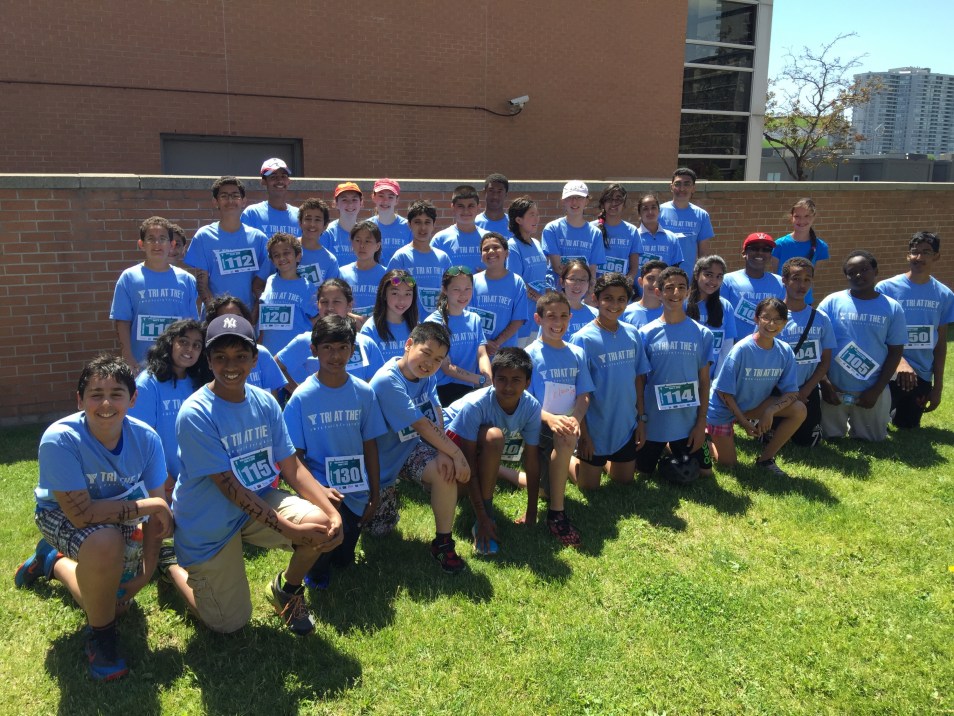