Honour your own gift

I spoke to Rick Hansen earlier this year at a youth health conference. His words resonated when he said: “Honour your own gift.” We each have special talents and gifts to share with each other. It just takes some of us a little longer to appreciate them.
In 2012, I did a solo unsupported bike ride of 7200 km from Vancouver to St John’s in 28 days and averaged 250 km a day. Hey, I’m not fast but lots of endurance. When I got back to the Mississauga Y, the guys said: “It took you 58 years but you finally found something you’re good at.” Lol, I might have phrased it differently.

At the same conference, I spoke to Michael “Pinball” Clemons. Such an honour to chat with both Michael and Rick. I mentioned to Michael that I had just completed an 8 hour spin on behalf of the YMCA. Note that Michael is all explosive fast twitch energy and I’m the exact opposite. He asked: “How’d you stay motivated for 8 hours?” “Well, the kids rode with me for a bit and we listened to some music.” He replied: “But what about the other 7 & 1/2 hours?” 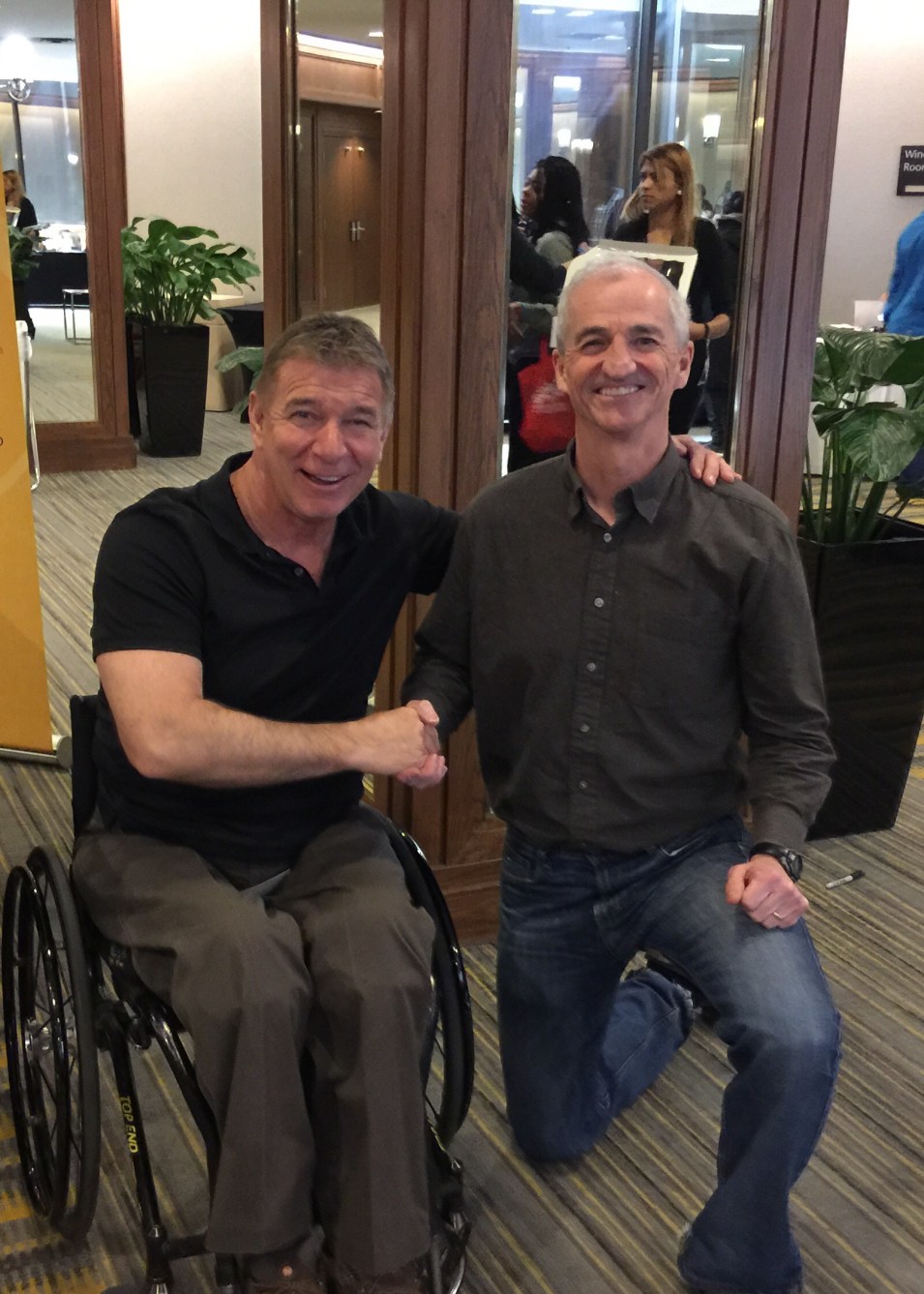 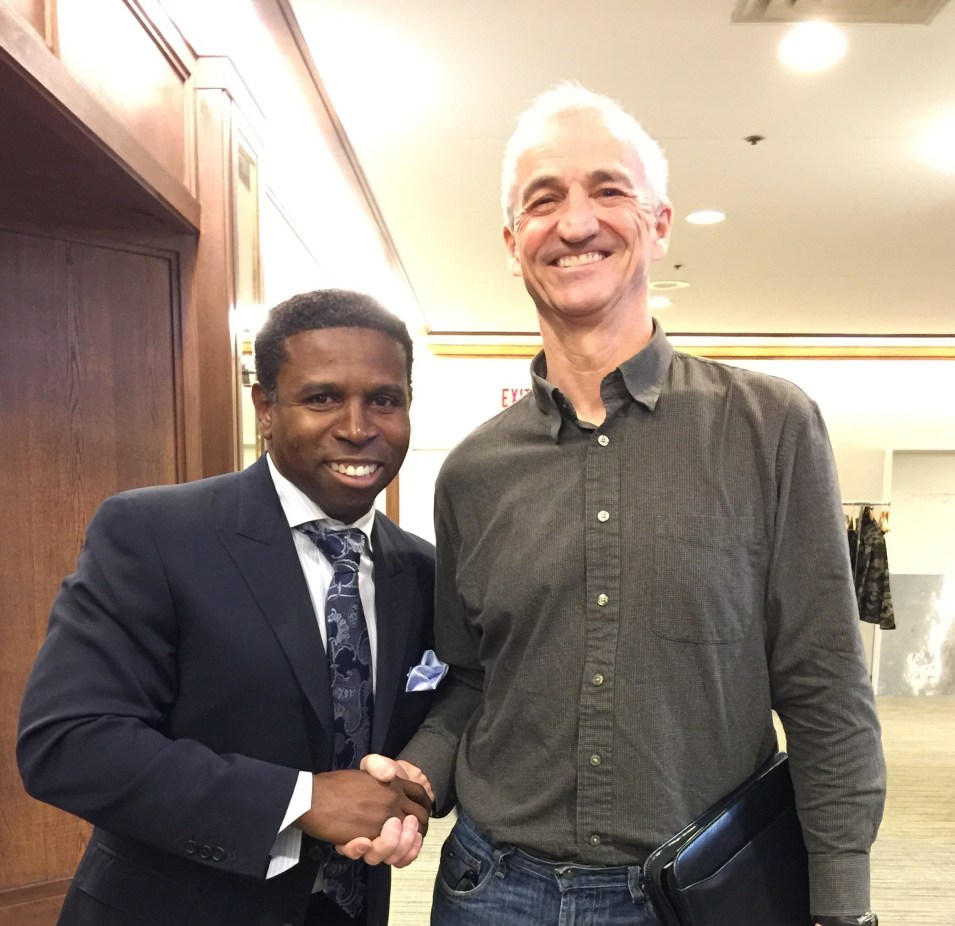 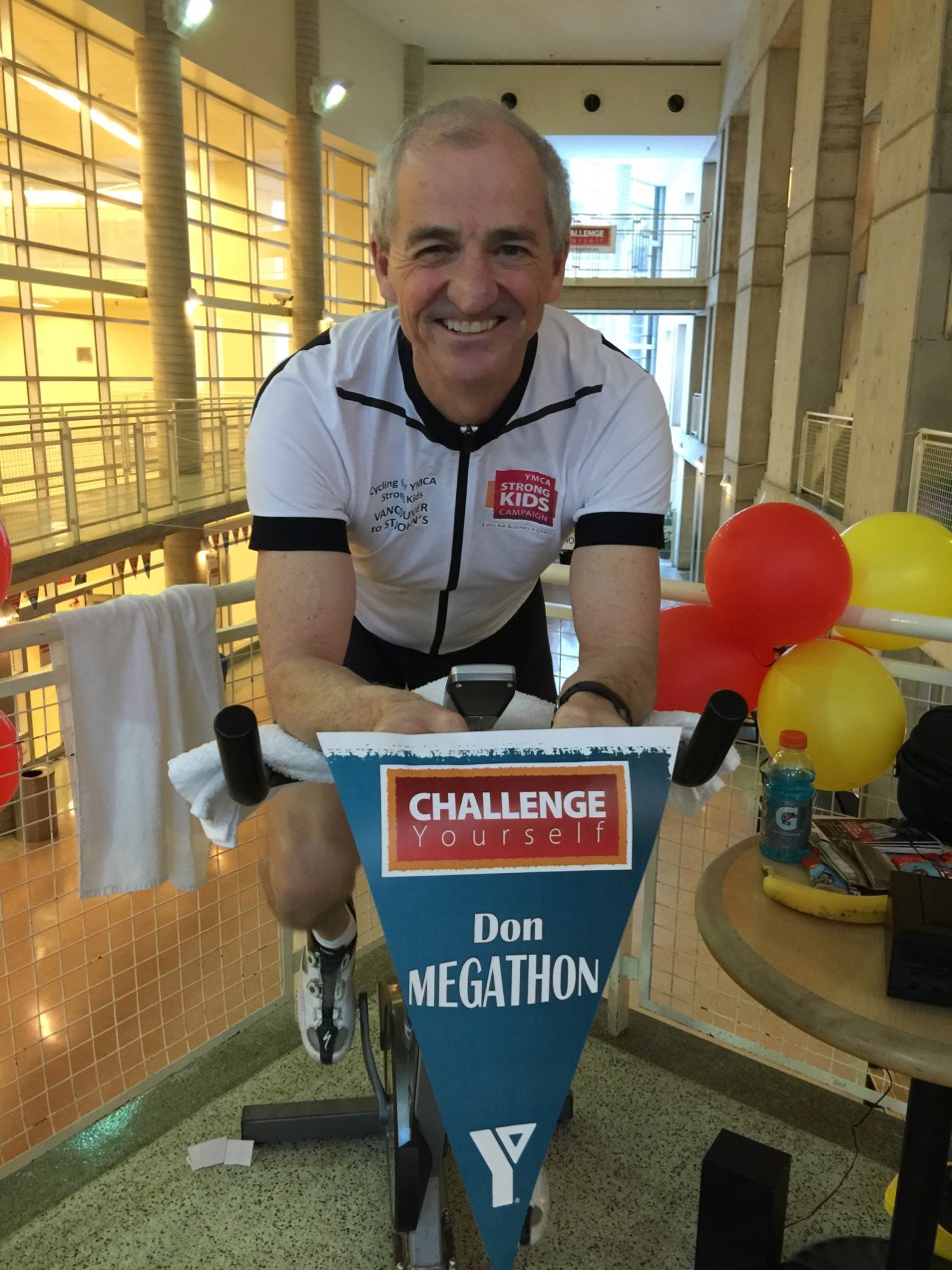